The other day I received two dbx encoded 7″ singles, demonstration discs by Technics. These are supposed to have superior dynamic range and almost no noise/hiss/rumble whatsoever. 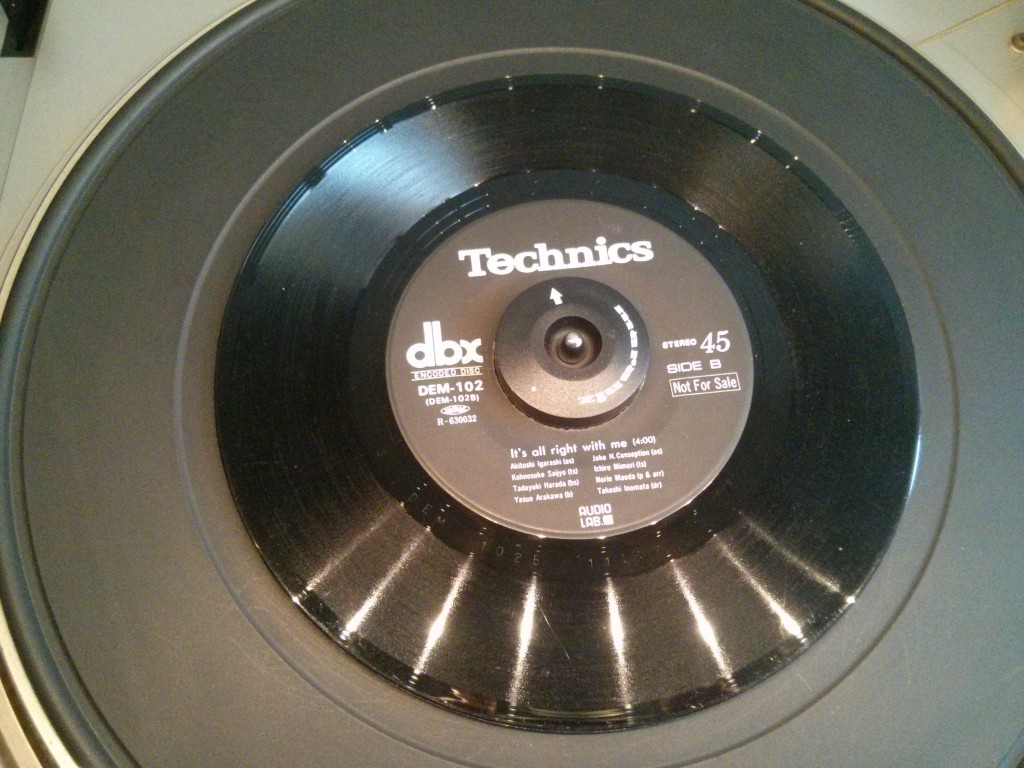 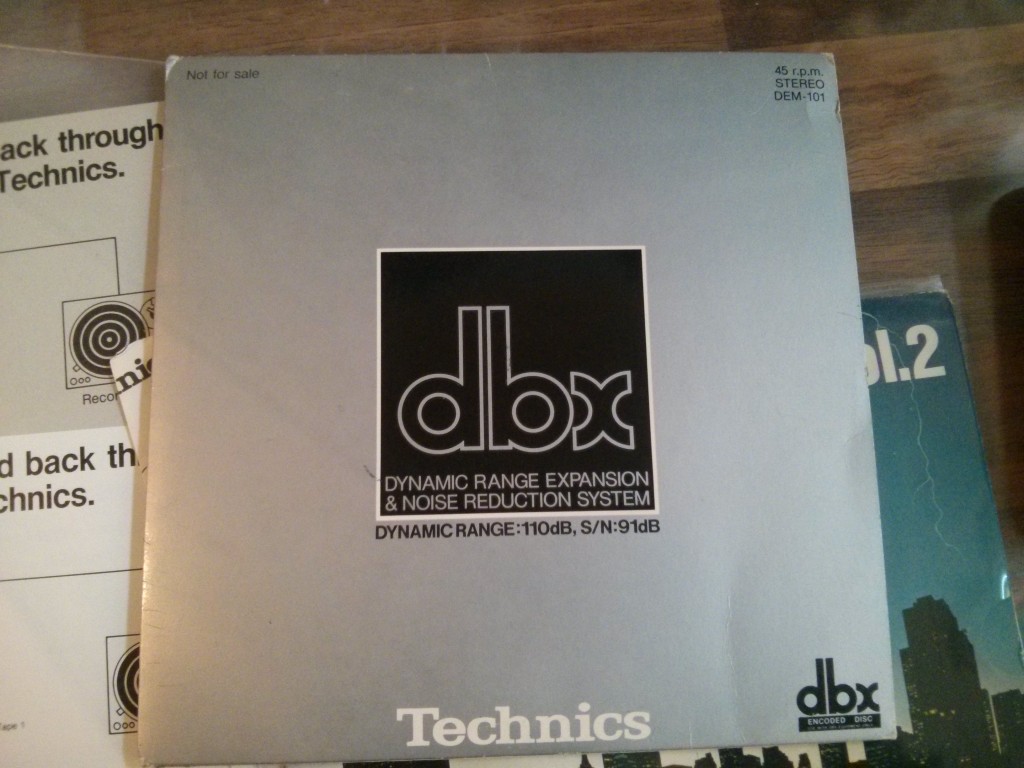 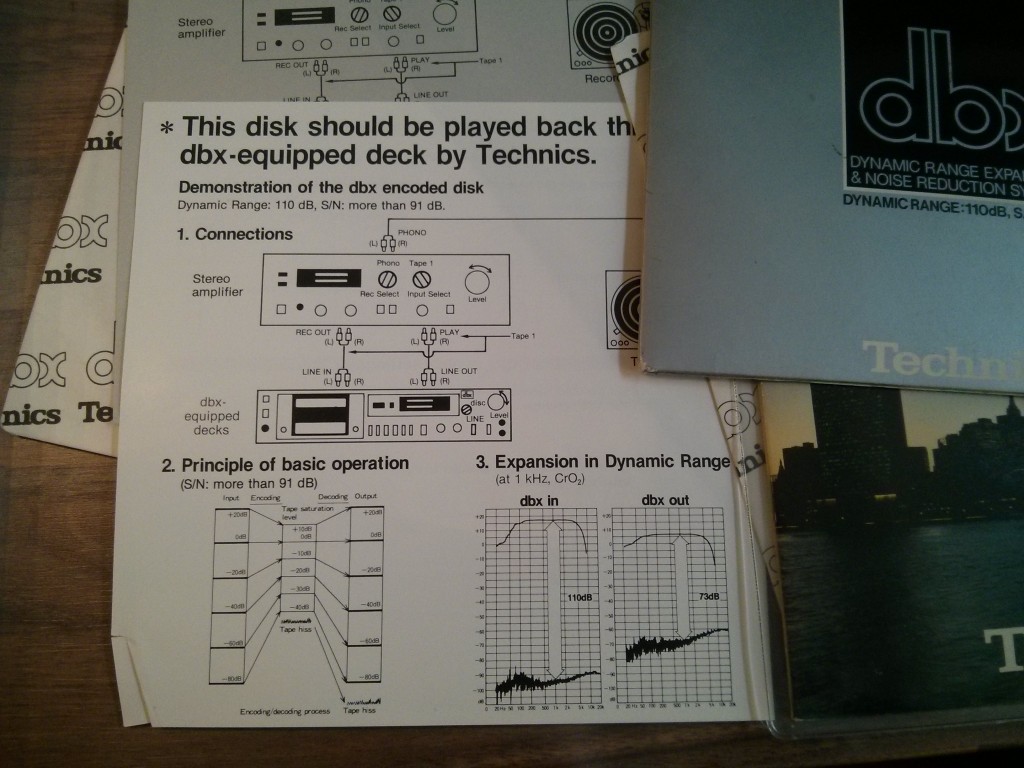 Well, the accompanying sheet suggest that you hook your equipment up to a dbx capable (cassette) deck, but I didn’t. Instead, I connected my dbx model 150 unit. Better!

On all 4 sides was music, mostly jazz-like. On side A of the first disc was an impressive dynamic piece with flute and big drums. I was very surprised when the drums reached full power! And they go very loud! It is an extremely dynamic experience. Even on headphones.

Clicks and pops  and other vinyl noise are so unnoticeable, the whole listening experience is very, very enjoyable. Even the dropping of the needle was hardly audible. Now, I need to find me some other dbx encoded discs!

edit: while writing this down, I’m thinking about what would happen if I record this on a tapedeck with dbx encoding.
Or better: skip the decode and encode step, and record the disc as-it-is on tape, and the play it back through my dbx unit….interesting experiment. I should try that some time.