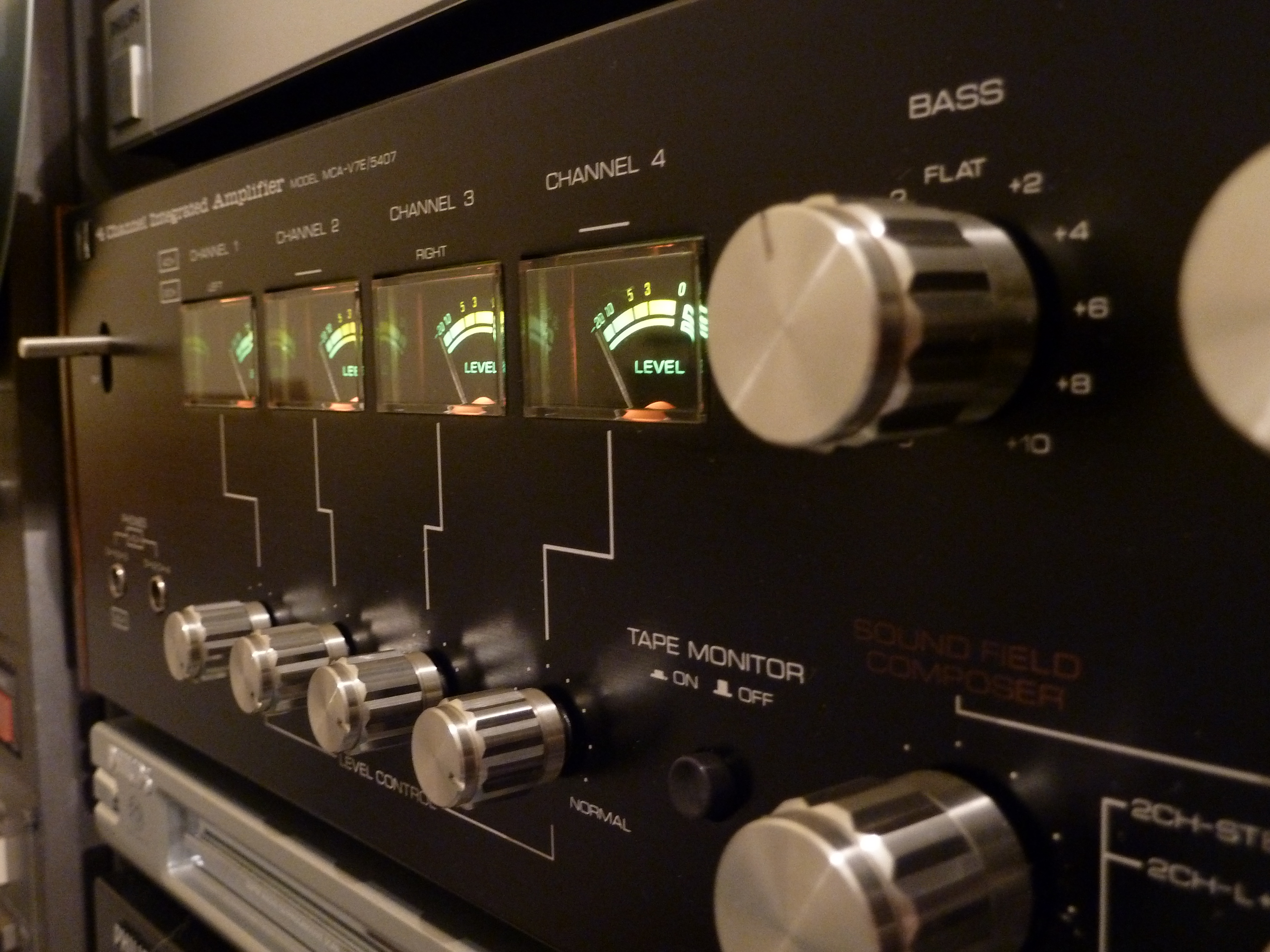 4 channel (quadro) amplifier from the 70-s

Tomorrow I am going to reboot my workstation. So, before that happens I’m going to post  the screenshot with the new record uptime here:

Just as I was taking the screenshot, the uptime flipped to 223 days. A New Record!

I recently found an old, but rather unused Akai 4000DS Mark 2. 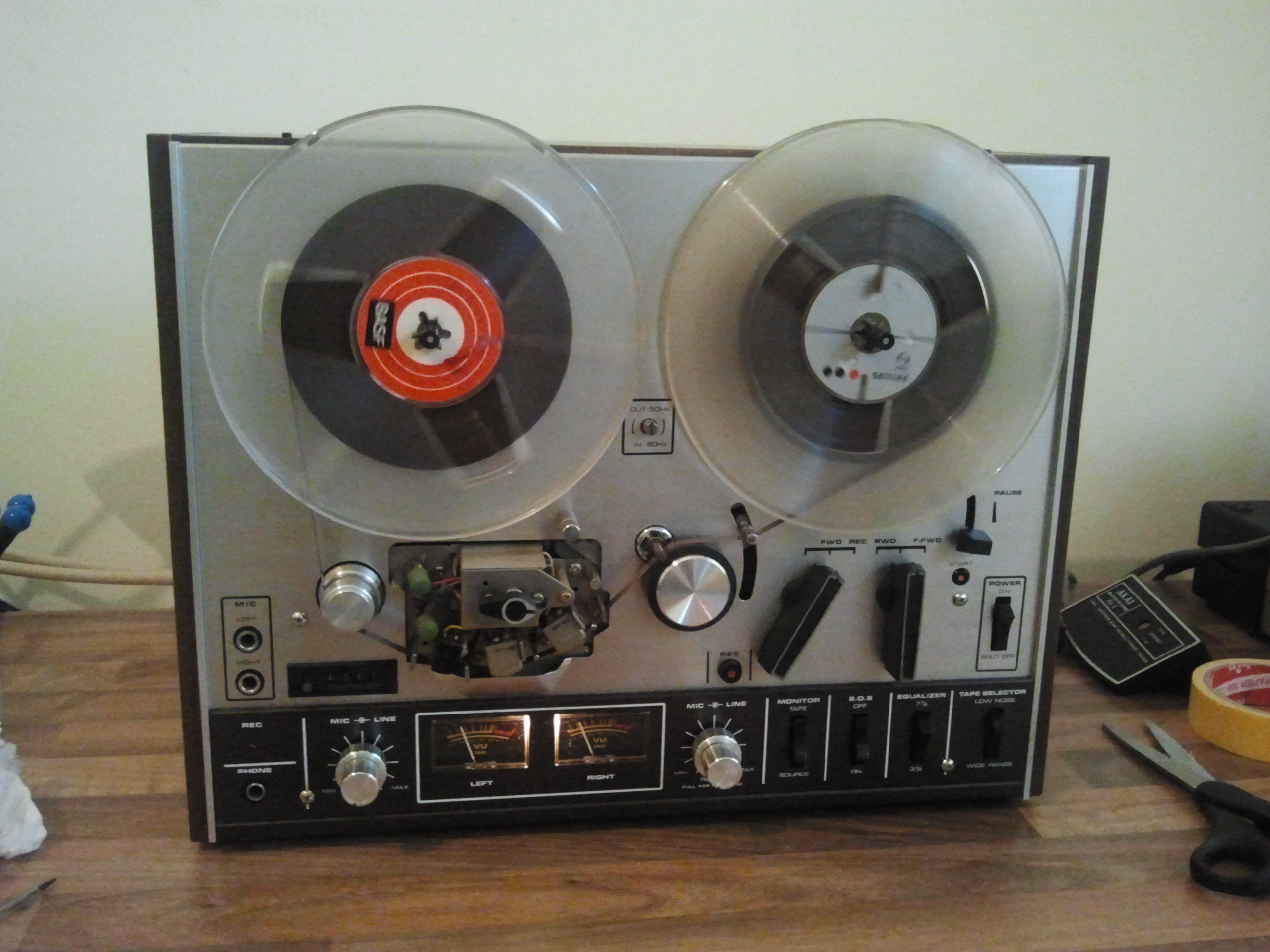 I got it for 25 euros from a first owner, who clearly was careful with his equipment. The only thing it suffered from, was a lack of maintenance and the fact that it had been sitting idle for a long time. I got it with one old and worn tape. This tape contains mostly 70-s music, like Abba and Steelers Wheel.

I really wanted to start working on Akai decks, because here in Holland, there are a lot of Akai reel-to-reel decks sold in the past decades. And I mean A LOT. I guess that for every 2 decks, one is an Akai. You see them everywhere. So, while it is not my favourite brand (that would be Teac/Tascam) in the future I will encounter them a lot and this will be a learning experience, and I wanted to get some hands-on.
This deck is a budget deck from Akai, so I can really try things out without the risk of messing up a more expensive deck. I will try that later on :). I already downloaded the servicemanual for this device, so that will be my guide during the repair and calibration process. My goal will be to fix this deck up so that it will perform like new, functioning to the best of it’s abilities.

The quality is well, let’s say, not entirely up to standard. Although the unit is fairly clean overall, the heads were covered in a lot of dirt. Unfortunately I haven’t got a picture of that. I was wondering at that moment if I would ever get them clean again, or whether it may be corrosion and thus irreparable  besides fitting in new heads.
I cleaned the heads and the entire tapepath with 96% denaturated alcohol. Then I tried to make a recording. That worked, and listening to it using ‘source – tape’ switch it sounded remarkably good! This was promising. I noticed that the odd ‘equalizer 3 3/4 – 7 1/2’ switch really does make a difference: when set on 3 3/4 (inch/sec) the audio contains too much high frequencies.
Another fun fact about this deck is that there is no speed switch: to make the deck run at the higher 7,5ips/19cm speed, you have to use an add-on to the capstan, that is stored on a storage post on the faceplate above the heads. Here’s a picture to make it clearer:

capstan with on the left above the head box the additional piece that goes over it.

When applied, the capstan is thicker and the tape runs at the higher speed. The capstan motor never changes speed!

Next, set the deck to 240V, the new line voltage here. As the deck only has one motor for all tape transports like play, fast forward and rewind, there’s a lot of mechanics going on inside. Greased that all up. Demagnitised the heads and tape path. Cleaned that with IPA too, and the rubbers also. The deck runs smoothly now.
A test recording confirms the new found audio quality. Then, loaded a calibration tape and adjusted the playback head’s azimuth with the 1 & 10 KHz tone using a scope. Here is a picture of what that looks like: 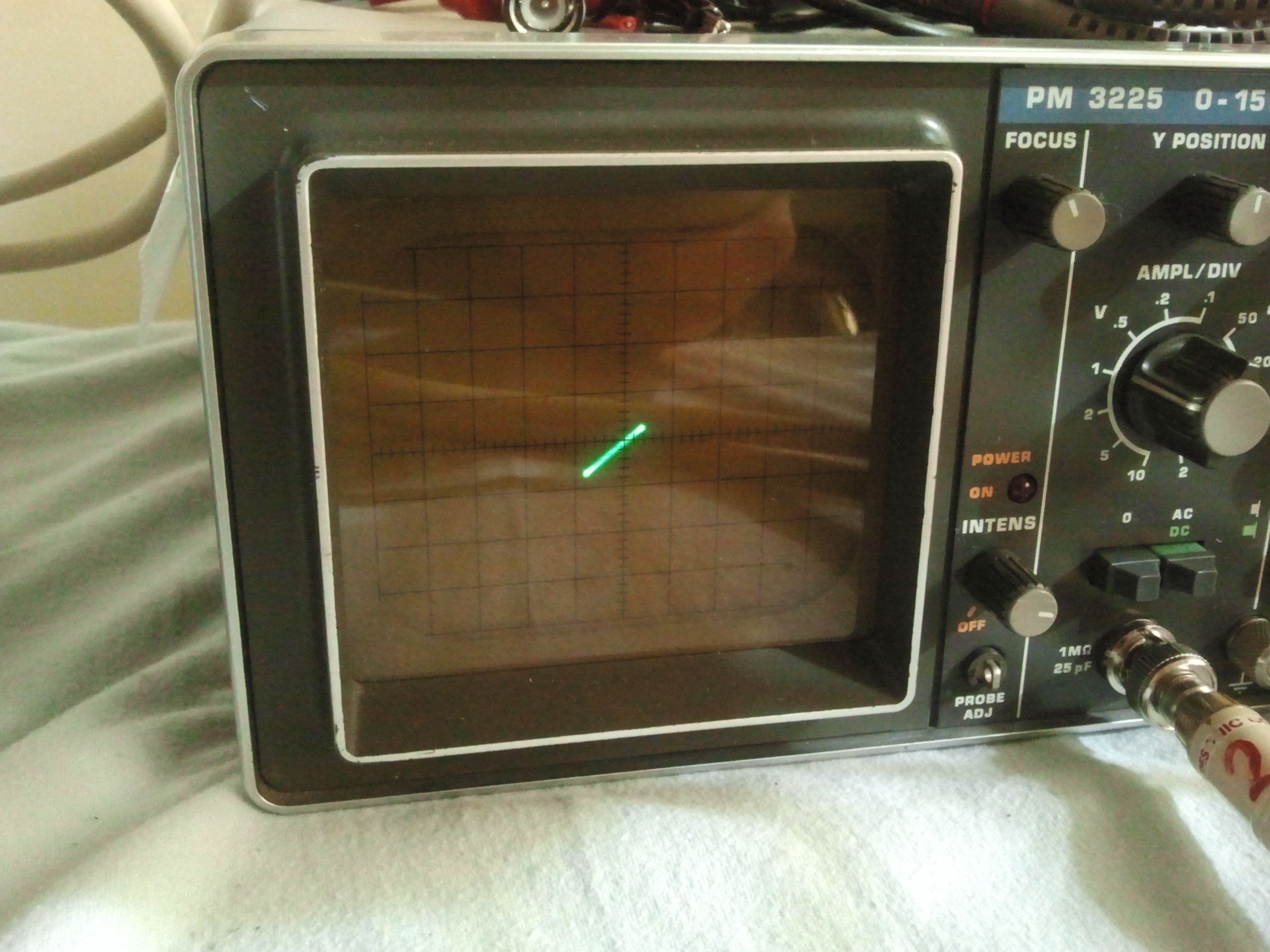 After that, made a picture of my trusty scope while playing back an 18 KHz tone from the calibration tape: 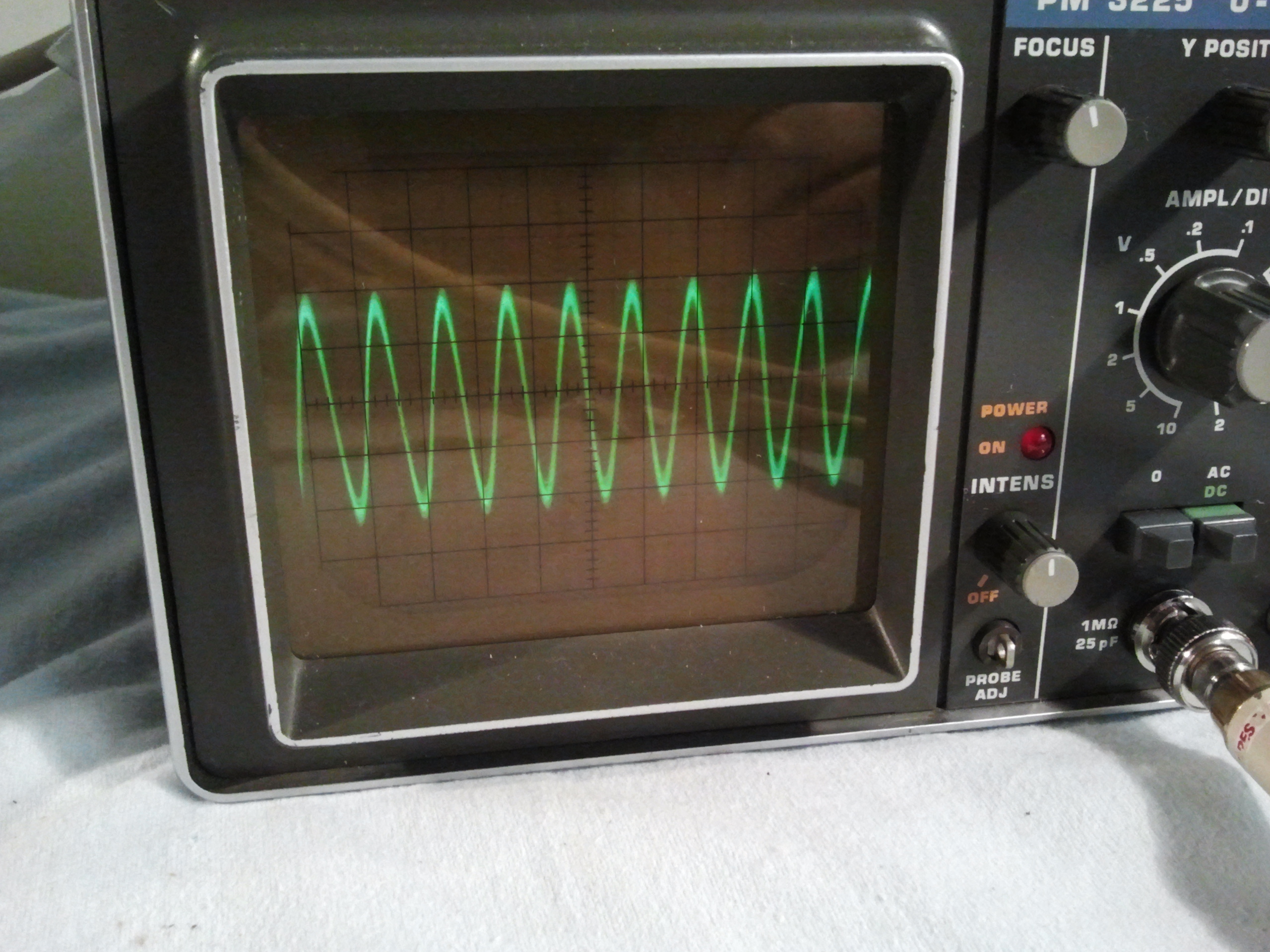 That’s not wrong at all. So far, so good. Next up is the further calibration of the electronics on this deck and calibrate it to use the newer 320 nWb/m tapes, but the service manual is a bit, well, let’s say, unclear about some things.

Well, I have gone further with this deck. I could not figure out some parts of the Service Manual (I think it may be a bit incomplete or in error, but anyway who am I) so I finished it of with adjusting it as best as I could. And I must say, it sounds far better then I expected from such a low-end deck. I am really, really surprised!
I hope I can sell this deck to someone who will appreciate it and shows some love for it.

The deck has been sold, at a good price I may add, to a customer who is going to use it in a reproduction studio where mainly videotape is being digitized. They needed a good sounding compact deck for an upcoming job digitizing reel to reel tapes. Well, they got a good one. I’m happy the deck is being put to good use and it will be working in a production environment. 😀 🙂