A few months after my purchase of the Philips N4520 tapedeck, it developed a nasty fault: during playback there would be cracking sounds coming through the music, or even when not playing at all. Also when touching the knobs, there would be pops and clicks.

An intensive internet search revealed that there were more decks affected with the same symptom. Fortunately, a remedy was also given: replace the transistors on the main circuit board with new ones. Gulp. All 19 of them.

I have some experience with soldering, but this was a completely new level for me. I happen to be in possession of a very good soldering station with temperature control, and I have used litz wire once or twice, to remove solder of the component you want to remove. 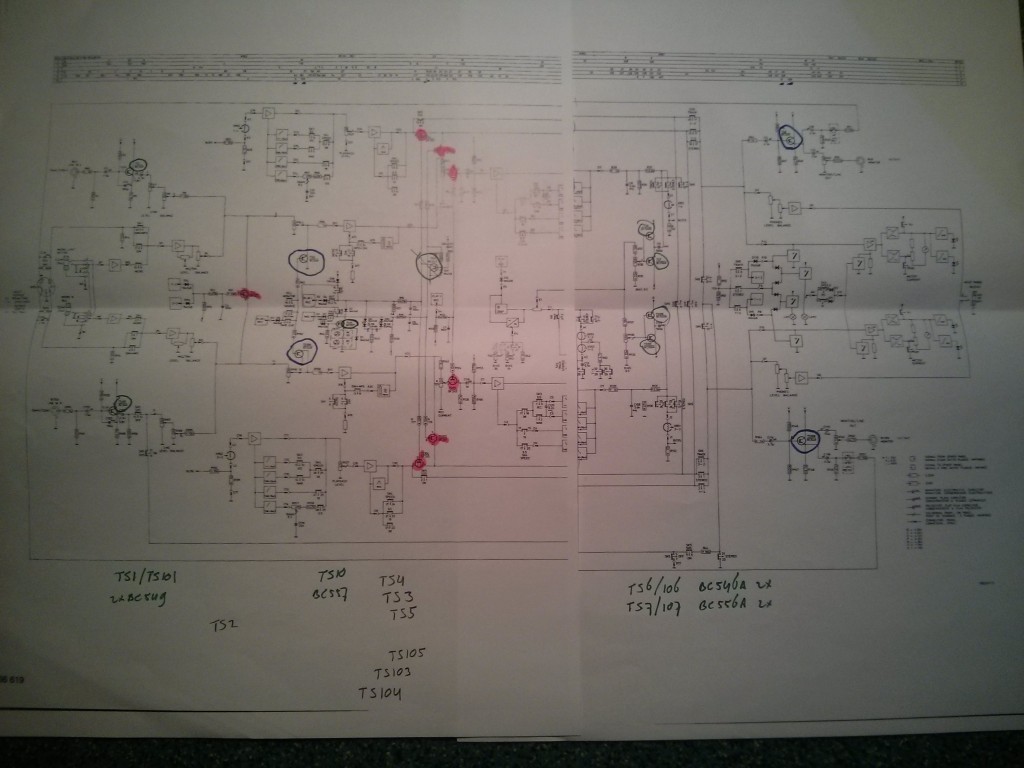 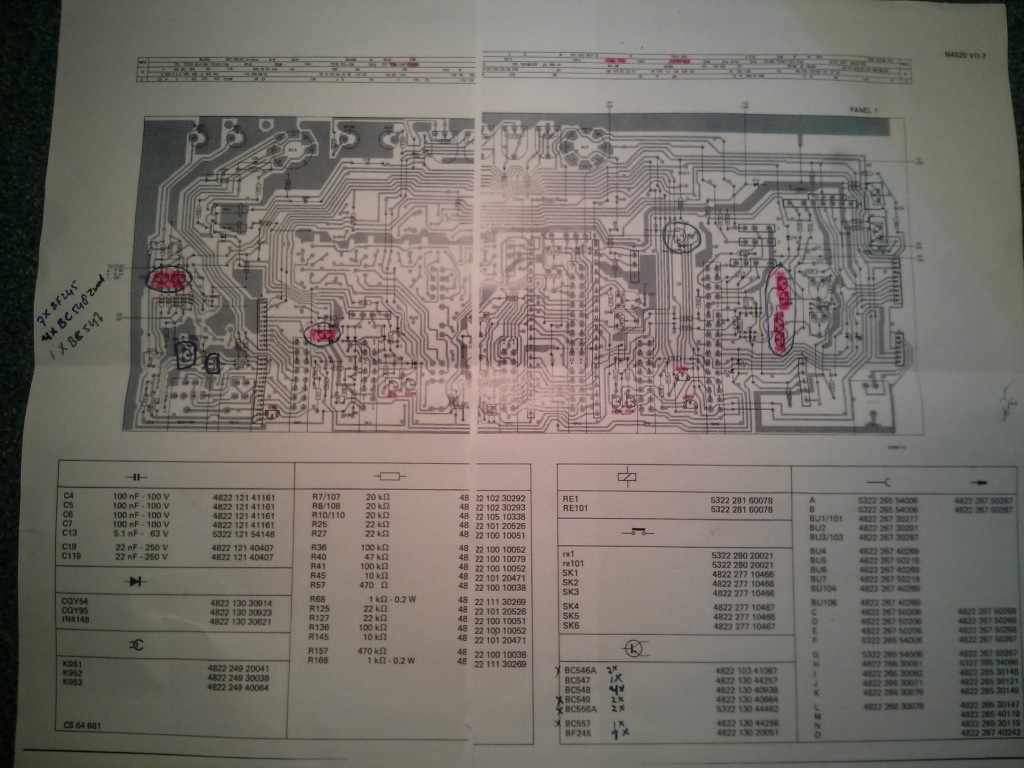 So, I ordered the necessary components on-line: 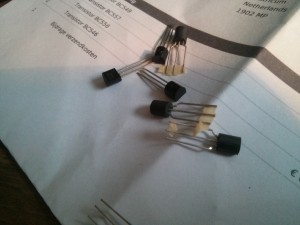 Then, the scary part started.

Taking apart the biggest monster in taperecorders known to mankind.

Well, almost. And, as I found out, the bottom part slides out fairly easy to the front. And it is connected to the rest of the machine with connectors. So in the end you have the bottom part which contains the ‘mainboard’ as I call it as a separate unit on your workbench. 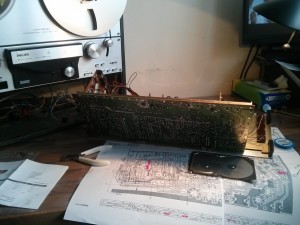 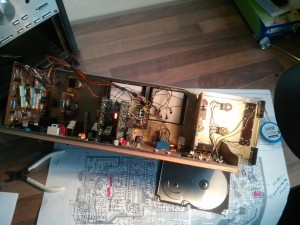 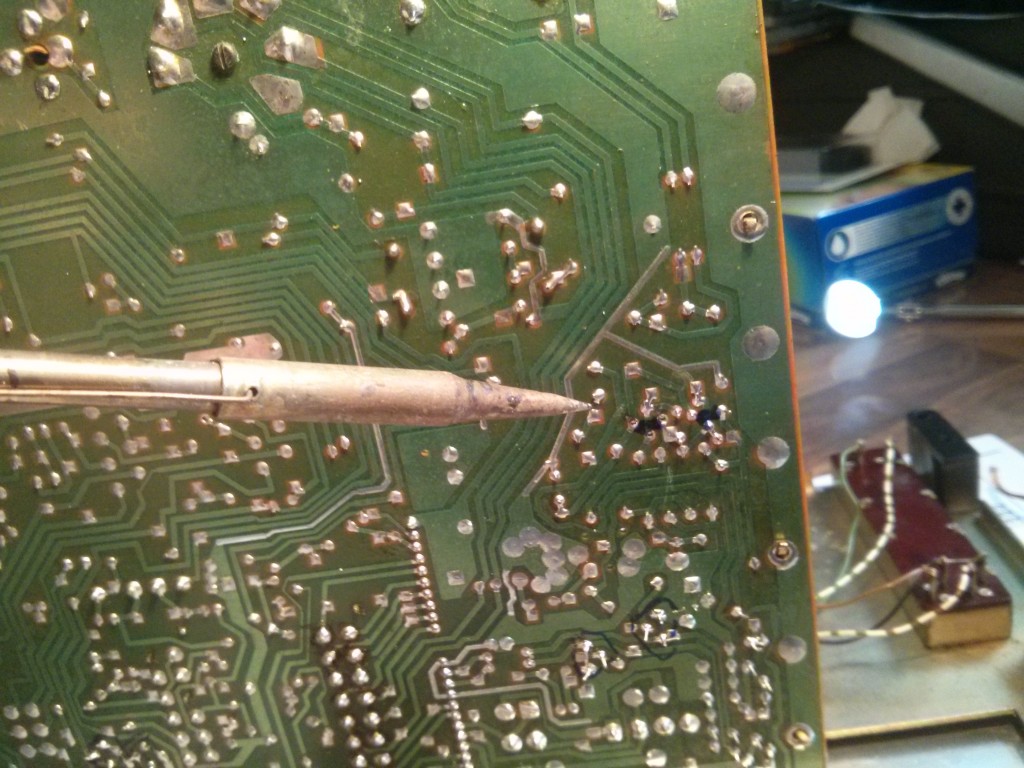 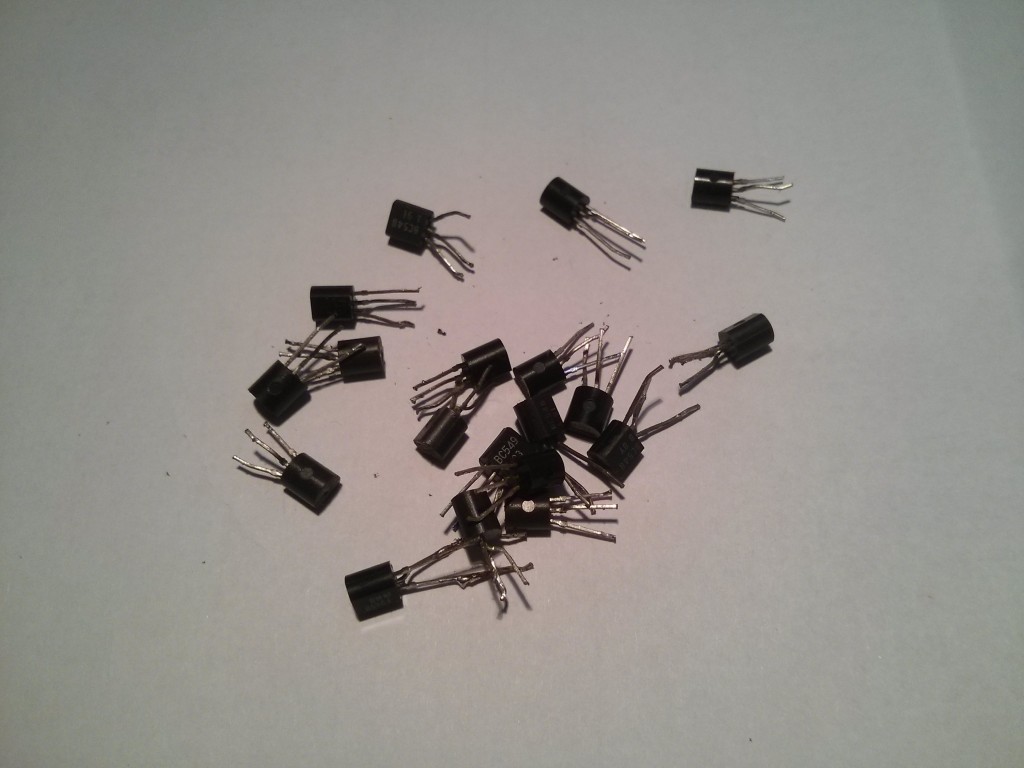 My old friends. Well, not my friends anymore!

Working methodically through all components, I replaced all 19 of them. Double-checked the joints for good contact. Cut away the excess pins. And I was left with this:Then it was time to test. To do that, the mainboard had to be reinserted into the recorder and reconnected.
And?

It worked! Yeaj! I now have a N4520 that plays back and records beautifully! It took about an afternoon’s work and about ten euro’s, but Then you have successfully restored a very very nice machine. 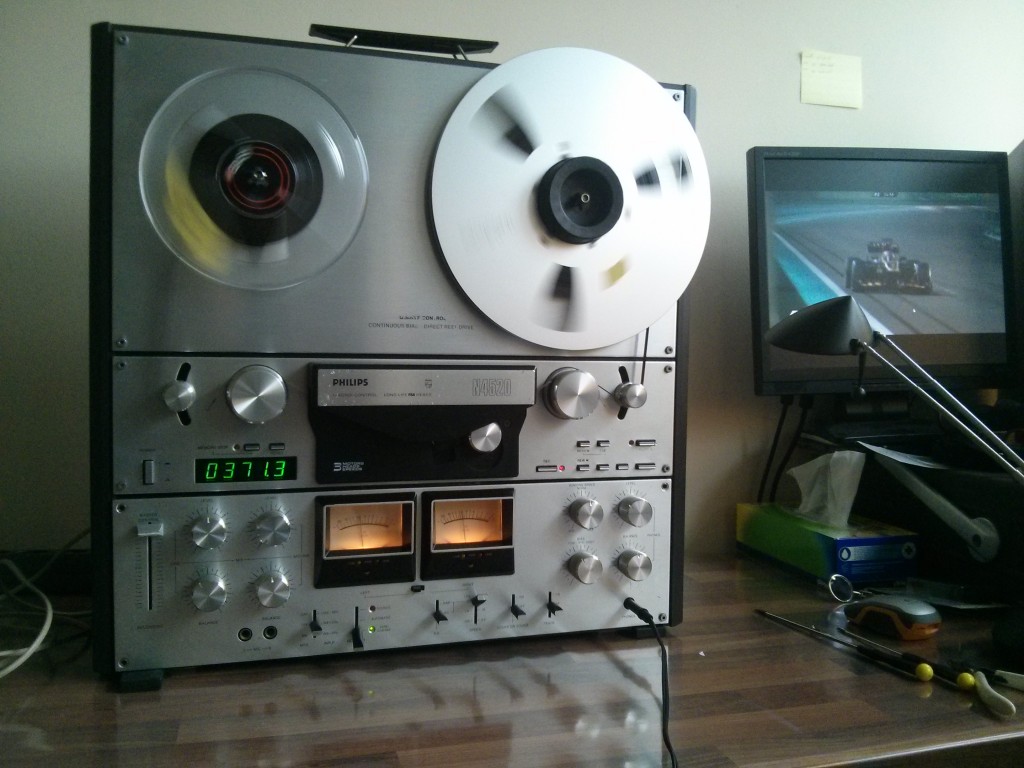 The glorious Philips N4520 in action

See a video of this beast in action on my YouTube channel:  http://youtu.be/UTS9aYsIH2k